The SAIDI AGM was held on 23rd October 2014 at 500 Kyalami Boulevard, Kyalami Business Park, Kyalami, Midrand, South Africa from 9:00 to 16:00. It was a very successful meeting enjoyed by all those who attended.

SAIDI members are working well together as a team which recognises it’s collective responsibility to ensure that the standard of the training offered by its members will contribute to safer driving standards in South Africa.

Here are a few photos to celebrate the occasion: Free gifts were presented to all present. One of the many benefits of being a SAIDI Member – some K53 Manuals printed and ready to be sent to all correctly registered and paid-up members, according to the various codes of driving instruction they offer. 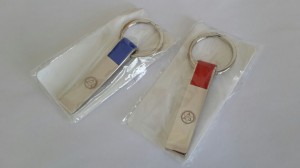 SAIDI Members were presented with beautiful key rings embossed with our SAIDI logo at the AGM on 23rd October 2014.

Sadly, the group photos are just too large to upload.

SAIDI is determined to uplift the standard of Driving Instructors in South Africa! – A group of SAIDI Members qualified earlier this year as SITA Accredited Assessors.

Here Director, Tony Marsay presents Julius De Smedt with his Assessor’s certificate. Julius is a quietly dedicated driving instructor operating in Pretoria. Both he and Tony Marsay are to be commended for being responsible for training thousands of legal,safe drivers travelling on South African roads today! Kevin van der Merwe, himself a long-standing driving instructor for many years, presents Richard John Lewis Lennox with his certificate as a qualified Assessor. Sincere congratulations to him for this achievement! Known as Len, to his many and enthusiastic pupils, he operates in Pretoria. Kevin has a driving school in North West and is very active with the Road Freight industry and extra-heavy duty vehicle training and the Assessing and Moderating of drivers, setting standards in the country. Once again, both men have trained thousands of safe drivers in South Africa. Member Marius Swanepoel, from Ekuruleni,congratulates Peter Coskey from Pretoria on being declared as a competent Assessor at the SAIDI AGM 2014. His driving school is growing as he strives to provide his pupils with his own special brand of personal attention. Both men are legal, registered driving instructors who are responsible for countless legally registered drivers now travelling our roads and setting standards of safer driving everywhere!

Long-standing member, Ofhani Edward Maduwa travelled from Limpopo to attend the AGM, as always! He is a stalwart!

He was delighted with the training modules being offered by SAIDI to take back to his driving school and enthusiastically entered into the efforts being made to empower and assist all members, while providing a far better teaching experience for all his learner drivers. He has a track record across many years of dedicating driver training. Advanced Member, Deon van Wijk, freely shared some of his own special training techniques with those present at the AGM. This is so admirable, because he has much to offer and has also trained thousands of safe learner drivers for so many years! It is our combined skills, coupled with a collective experience as subject matter experts for hundreds of years, with thousands and thousands of newly licenced, safe, competent learner drivers to our names, that puts SAIDI Members at the forefront of new driver training in South Africa. We are the experts in our fields.

Clearly, SAIDI is growing and moving into the position it was Constituted to hold so may years ago, with respect to being the Institute for Driving Instructor training. We are not nearly big enough yet, but we are getting there!

CD’s, K53 manuals, key rings, training modules;  and SAIDI Badge buttons were all presented to our pleasantly surprised members. All these assist members to guide their pupils correctly while training them. Members were also presented with cds  containing videos which are suited to driver training, highlighting aspects of driving which are the cause of such ongoing and serious road fatalities.

More than anything though, we feel it is a lack of driver training as highlighted by the statement made by the Minister of Transport on 15th October 2014, when she was quoted as stating that very fact after the horror Alberton crash, where 4 innocent people were killed when a truck hit their vehicles, injuring 57 other people! Just one badly-trained driver can cause such unnecessary carnage and havoc!

As part of our ongoing drive to equip and upgrade the standard of driving instructors across the country, videos showing graphic images of appalling crashes caused by  alcohol misuse, the results of texting and driving; not checking blind spots etc, were presented to each member purposes of their pupils across the Province of Gauteng.

Amusing videos, and a heart-felt letter from one learner driver for others to relate to,was part of the package presented to members.

Members living in other Provinces will receive their copies by courier, together with all other gifts as fringe benefits of being SAIDI Members.  SAIDI empowers all members to spread better driver training standards amongst our learner drivers right across the country.

After a morning spent in enthusiastic and shared reflections on the first AGM when Pat Allen was elected as National President of SAIDI on 14th May 2009, where we recalled various guest speakers who made presentations that evening at a sit-down supper in Edenvale, (such as Marius Vermaak from CrisisOnCall – with the best identification system in the country, trip monitoring, emergency care and support; Pieter Calitz from the Edenvale Fire Department; Derk Livingstone from Livingstone Brokers, who specializes in vehicle insurance for driving schools and others, a vehicle dealership), covering the progress made to put SAIDI back on the map, where, amongst others, SAIDI was recently mentioned in 780 000 copies of Autodealer, and is frequently sought by members of the public when asking for assistance after being robbed by dishonest or corrupt driving instructors, (and, after reporting the matter to the correct authorities,), we are able to refer them to our website for a safe driving instructor. We are approached daily for training as driving instructors, often in areas where few or no instructors presently exist,so we continue to grow and become known as the subject matter experts we are. We do not claim to be perfect, but we certainly strive to do the job correctly. In fact, we do not see this as a job, but a calling.

Everybody enjoyed the refreshments and lunch, then mingled and shared various anecdotes with each other. In an industry known for fierce competition, it was gratifying to note the happy laughter and mutual respect for one another which was so evident. Not one of us can train all the new drivers in the country, so we need each other. we are a team!

Thanks go to all concerned.

Please be aware – We include driving schools as members in SAIDI now!

Remember, SAIDI now includes membership of driving schools too, at a very nominal rate, provided they can show full proof of legally registered driving instructors being employed in their businesses.

May SAIDI grow from strength to strength, and may our businesses all flourish as we serve the public of South Africa faithfully and with great expertise.