MEC Vadi hosted a dinner at the Parktonian Hotel on 3rd April 2014 to say thank you to the Stakeholders in the Transport industry for their support while he has served in this capacity. SANTACO was represented there, together with many other dignitaries from many transport sectors.

With the elections coming up, he explained that we do not know the future and so he decided to take this opportunity to thank so many of those who have been with him in his efforts to improve the road Transport situation in Gauteng.

It was a chance for various role players to network and enjoy a social occasion.

Pat Allen, National President of SAIDI was also invited to attend was accompanied by Daniel Berkowitz, who is a driving instructor from England, fully accredited and licenced there but he is being delayed and prevented from working here in South Africa due to the requirement for doing the computerised learners licence test, which is impossible due to our already being registered on the E NaTIS system for the same code of licence.

We enjoyed a delicious dinner. It was our first visit to the Parktonian hotel, and we really enjoyed their hospitality.

MEC Vadi introduced us to Lebelo Maloka and said he would sort it out.

Daniel wrote to him on 7th April 2014,asking him to send a letter to all Gauteng DLTC’s giving them permission to test driving instructors temporarily according to the old written learners licence tests, but we are still waiting for good news about renewals of our instructor’s certificates as well as new registrations.

We were pleased to sit at a table with Harry van Huyssteen of the Transport Forum. He advised us to look at the website and to register on it, which we immediately did, although we have received not confirmation of that yet.

Apparently all projects not completed before the elections and not passed through Parliament will fall away if another party is voted into power. If that happens SAIDI will continue to work towards safer road transport in South Africa, as we have done for so many years – since 1977, if not before.

Sooner or later, with or without the Government’s help, we will succeed in improving the present appalling loss of lives by raising the standard of driver training across the country. 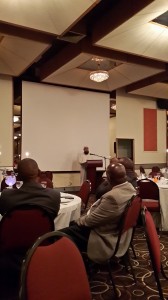 Copyright © 2020 Your Name. All rights reserved.