On 6th August 2013, MEC Ismail Vadi called a Provincial Summit meeting to propose that a Forum be established for representatives of the Provincial Associations for Driving Schools. (See previous documentation.)

MEC of Roads and Transport for Johannesburg

Ismail Vadi is the Member of the Executive Council for Roads and Transport of Gauteng Provincial Government. He was previously the National Vice-President of the South African Democratic Teachers’ Union.

The formation of this committee is basically for a two-fold purpose: 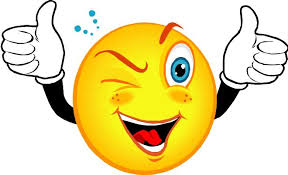 The forum was promised faithfully that the next meeting would take place before the end of August, and that the MEC would personally Chair each meeting. It’s nothing personal, but we’ve heard this before – dozens of times …

Actually, the meeting did not take place when promised, only a full moth later, due to time constraints.

October is Transport Month, so there are admittedly, many demands on MEC Vadi’s time right now, but ..

(Question: Do we, as the representatives of the Driving School Associations really count? The authorities have seldom recognised the valuable role we play. We feel the escalating road fatality rate is a good indication that driver training is undervalued, unappreciated, disrespected and generally left on the back-burner. )

The meeting was re-scheduled for Thursday 26 September at 13:00.

MEC Vadi had also promised to host each meeting with the proposed Gauteng Forum for Driving Schools (GFDS), but he was apparently held up at a meeting held at 11:30, which he could not leave. 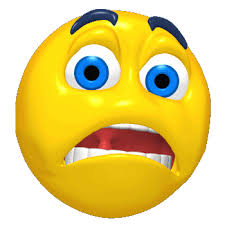 The meeting was therefore chaired by Tshidiso Molukanele, from the office of the MEC, who filled in nicely for him, but, after all, a promise is a promise! Are we on the back-burner before we get started?

We hope not! We were assured that when the Terms of Reference are finalised, and the Forum is put on a formal basis, the MEC would definitely take us seriously. Well, we take ourselves seriously, or we would not be teaching learner drivers day after day, week after week, year after year.

What we need is recognition and support for the valuable contribution we make to the South African economy. The whole country revolves around road transport.

As usual, attendees were embarrassingly late. This is a trend which is so disruptive! People arrive at any time, getting settled and finding an empty chair. Not only that. It is highly unprofessional to be late. No wonder we struggle for credibility!

The meeting was scheduled for 13:00, which meant we had traveled for an hour from Pretoria (in my case), and from other areas, to Johannesburg. When we arrived, we were offered tea, coffee and Tennis biscuits, or water. Most people had not had lunch, but we never know if lunch will be offered or not, at meetings, or if we should eat before arriving.

Perhaps some attendees had a pretty good idea that they would not be fed, so by 13:28 there were only 9 present, 6 of whom worked for the Gauteng Provincial Department – do the maths!

By 13:40 the number had swelled to 16, but others arrived much later. Not good, although, in their defense, parking is a major problem there too. (More about that later!)

Two items for discussion were on the agenda. An objection was raised to a lack of protocol.

We had all cancelled a day’s work, which is a big loss when you don’t earn a salary, and used precious fuel to travel there, and wasted about an hour of frustrating time circling the building from every direction, getting confused by one ways in the wrong direction etc. Having made the sacrifice, we hope to achieve something of value.

Attendees were asked to write down the two items for discussion, namely: 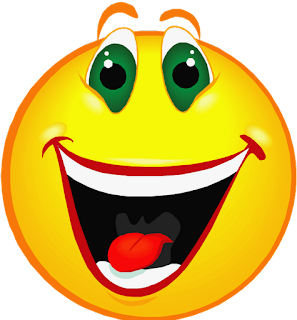 Since we all know each other very well from meetings held for 3 1/2 year ago by Lloyd Mdkane at GPG, and also at RTMC as the National Driving School Forum, for several years, it was funny to watch some people quickly trying to change hats from National to Provincial.

I explained that SAIDI is a National Association and we have members in different Provinces. (Of course some people laugh because they have so many more members, but we do have strict joining criteria, which accounts for it.)

I explained that we have our Head Office in Gauteng and a majority of our members are in the Province, so we are fully entitled to be present, with three representatives. That took some convincing, which culminated in a decision to accept us on that basis.

One wonders how so many people can all say the same thing, while the Association denies it? – Oh yes! Another interesting detail, worth mentioning, I believe – Geoff Nkosi, National Chairperson for SADSOA also said in my presence, they tell their members not to take out instructor’s certificates, since they have found a loophole in the law. This is not gossip. This is truth.

Anyway, despite some Provincial authorities taking pains to explain the structure of SADSOA, (?), the Chairperson saw through the ploy and said they were trying to double-up voting rights, which received a hearty endorsement from the other three Associations.

Each Association had been asked to submit details of the people who would serve on the committee. SAIDI submitted our list exactly on time, but strangely there was apparently no record of our submission, so time was wasted while the three names were supplied and spelt for clarity. Having done so, an apology was made since the names had been received after all.

After that, we spent the time until about 16:00 thrashing out the details of the Terms of Reference for the Gauteng Forum for Driving Schools. Some people wanted to argue and nit-pick forever, which drove Errol Khan crazy with frustration, since they were permitted an extended period to talk, but as soon as he tried to give his point of view, he was told there was no time for his comment, and that the floor was closed for comments. He was so annoyed!

The date for the next meeting was set in advance for 22nd October 2013 at 13:00. We were promised the MEC will be there and we will get somewhere. Watch this space!

Next time, I will have lunch before I go.

Anyway this Forum seems primed to possibly become something of value.

In fact, if Gauteng can set an example to the other Provinces, it will go a long way towards regulating the “Driving School Industry,” as they call it.

I could be wrong. It could be a publicity stunt. Last time the cameras never stopped rolling. Every word spoken was recorded by the media. Interviews were conducted. It was a big deal – but it was a Provincial Summit meeting.

There is a big problem though. The new Minister of Transport, Dipuo Peters, is determined to work effectively to reduce road carnage during her term of office.

We congratulate her for this! She is the first and only female Minister of Transport we have ever had. Well, how many men have achieved little or nothing at all with respect to our industry, but then, they were never mothers watching children die on roads, were they? Perhaps the maternal instinct will ensure a compassion and care for complete strangers dying minute by minute, hour by hour, day by day, week by week, month by month and year after year in South Africa, and do something effective about it!

The new Acting CEO Gilberto Martins is like a tornado in the position. He is also quite determined to bring about effective changes.

This is where the problem starts – No even the Traffic Training College Vehicles comply with the law! Look at the position of the vehicles in the road!

Indicates to the driver of a vehicle that—

opposite side of the no overtaking marking; (ij) to gain direct access from land to a portion of the public road; or (iv) to pass any stationary obstruction in the roadway, if it is safe to do so;

(c)   the no overtaking marking shall only be used between lanes of traffic travelling in opposite directions.

Now I am more convinced than ever – we need a  Traffic Training Headquarters where everyone is taught what the law means. Everyone should attend, but particularly driving instructors and other Professionals in the Transport sector.

We have meetings with each sector, yet none of us work together at one meeting, ever, and never on a consistent basis!

This is crazy! South Africans lives depend upon it. It should be changed. There is always blaming someone else for the shortcomings, responsibility shifting and then there are re-elections which robs us of effective and really helpful and truly committed people.

We are part of it, and want to work with all these wonderful people, not in little broken-down segments, but together, as the slogan says, to do just what is says!

We look forward to becoming effective together, despite various agendas and priorities, as we collectively take a stand against corruption, ensuring that every new driver has been correctly trained by excellent driving instructors across the country.

It just also seems necessary to start with honest, law-abiding committee members, but, as they say, make the naughty boy in class the class captain. He knows what the other naughty boys are getting up to, because he’s been there and done that. Perhaps some of the members of the Forum are busy shaping up to accept the grave responsibility we all carry as title-holders of Driving School Associations. If that is the case, together we really can achieve so much!

Well, as at 10th March 2014, Gauteng MEC Vadi has done absolutely nothing to keep his promise to all representatives of the National Driving School Forum that we would be in a position to address problems at the Drivers Licence Testing Centres – absolutely NOTHING has happened at all, apart from attending a dinner to say thanks for working with me. Ho Hum…