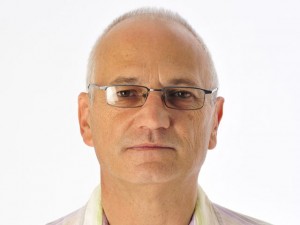 We at SAIDI have had the privilege of a close association with Howard Dembovsky for some years.

He very kindly shares his Head Office with us, as well as his outrage, wisdom and considered opinions.

We turn to him for his expert advice and findings on many matters concerning our industry.

He is an incredibly supportive and loyal friend to everyone who asks for his help and advice, but he does not tolerate fools lightly.

He makes it his business to delve until he extricates the truth and correct version of events. He absolutely detests injustice!

He is so committed to opposing injustice that he will sacrifice everything he has, in order to expose and eradicate injustice. He was born to do this. He cannot help it. It is who he is!

While he will always admit it if he learns new facts, which give a different interpretation of events, he very seldom, if ever, makes an error in judgement, yet he is as capable as the next man of being human and down-to-Earth.

He is a wise and knowledgeable person, whose understanding of the law has frequently confounded advocates.

He generally makes strong enemies of men who feel threatened by his outspoken and forthright manner, but sooner or later even his worst enemies concede that he is right, if they have the courage to admit it. Those who don’t, generally hate him because they have so much to hide, because he is one person who is a terrible threat to those with secrets. Instinctively they know he will get them, and they hate what he can do to them. Yet, even when declaring someone to be on the wrong side of the law, for acting extremely irresponsibly, he is still capable of expressing empathy and balance and by doing so, he is a very strong friend and role-model to many men.

As National Chairperson for JPSA – Justice Project South Africa, he has always detested injustice of any sort, whether it is with regards to traffic-related matters, or any other social issues. He cannot abide ill-treatment of children, women and animals, and many other areas of life which cause us pain, loss and unhappiness.

Howard Dembovsky is probably the most fair-minded person anyone can be, without any form of racial or gender discrimination.

He is the first one to stop and correct any chance, careless remark, never, even in casual conversation, allowing any error to be overlooked, using profane and stern language to express his extreme displeasure when he senses something is not right.

He is a man of many talents. He is an ex-policeman, IT expert, with a legal background. He is a gourmet cook, ultra-fastidious about the food he eats, with an exceptional command of the English language. He will craft his sentences, until he is satisfied that he has expressed the intention of his thoughts perfectly.

Mr Dembovsky becomes very hot under the collar over any inaccuracies or hidden agendas. He will literally fight to the death to overcome every form of evil, corruption, mismanagement and neglect by those mandated to perform certain functions on behalf of the citizens of South Africa.  This man is a born leader, and commands 100% loyalty or nothing. He leads. He does not follow. He is the man this country needs to correct the road fatality rate in South Africa. Given the opportunity, he will make short work of our present disastrous road mismanagement.

He has formed an alliance with SAIDI. In this we are privileged.

Unarguably, the very best place to start dealing with road safety issues is in ensuring that people who drive vehicles are competent to do so. Whilst there is currently no legal requirement for learner drivers to undergo any formal training, there is a requirement for driving instructors to be qualified and registered.The standards of driving instruction in South Africa is by and large extremely poor and there are literally thousands of unregistered and unqualified driving instructors operating, robbing people of their hard-earned cash and furthering corrupt activities by offering “guaranteed driving licences. SAIDI has partnered with JPSA to focus on qualified driver instruction and excellence in quality of service. Through SAIDI, JPSA is able to provide qualified training, not only for new drivers, but for those who already have their driving licenses so as to improve their skills and/or correct delinquent behaviour and bad habits.

Numerous provisions of the Administrative Adjudication of Road Traffic Offences (AARTO) Act, as well as certain provisions of the National Road Traffic Act are unconstitutional and should be struck down. These are the fundamental assertions made in court papers filed in the North Gauteng High Court by Howard Dembovsky, chair of Justice Project South Africa last week.

Dembovsky has said that both sets of legislation simply presume guilt on the part of an accused person, circumvent key principles in criminal law and facilitate what he describes as being “grossly unjust measures to extract revenues, facilitated through the coercive practice of withholding licence discs and other documents from persons, regardless of whether they have been found guilty of an offence or not”.

“I am seeking to enforce of my individual constitutional rights,” said Dembovsky. “The fact that my rights and the rights of my fellow South Africans are shared through the Constitution, means that should I win this challenge, every single motorist in the country will also have their rights enforced”.

His affidavit, which can be viewed and downloaded at www.aarto.co.za lays bare how the AARTO Act was implemented almost solely to extract revenue from road users, with road safety hardly featuring in it at all. The AARTO pilot project, which was meant to last no more than 18 months, is currently in its tenth year of operation, and an Amendment Bill currently being processed by the National Council of Provinces seeks to further diminish the constitutional rights of motorists, even going so far as to altogether remove the right to a fair trial for traffic offences. Dembovsky hastens to add that he is not however challenging the AARTO Amendment Bill at this juncture, since it has not yet been signed into law. “That bridge will be crossed when, and indeed if we come to it,” he said.

When asked what he thought should replace the AARTO Act if he wins this court battle, he replied that government and the law enforcement community should simply obey the law and enforce laws within the prescripts of the law. “20 years ago, the Road Traffic Act was not much different to what the National Road Traffic Act is today, and it was successfully enforced using the Criminal Procedure Act,” he commented. “At that time, a South African’s risk of dying in a traffic crash was one-third what it is today. But as time has progressed and policing has become lazier and more revenue-centric, so too has a general breakdown in law and order, coupled with sharp rise in the fatalities on our roads followed,” he continued.

He said that there are ways that the application of the Criminal Procedure Act in relation to road traffic infringements could be improved, but that the fundamental issues of equality before the law, the right to a fair trial and the presumption of innocence were enshrined in the Constitution and justice system are still catered for in that legislation and therefore, the Criminal Procedure Act is and remains ideally suited to prosecuting road traffic offences and infringements. He described the AARTO Act as creating a parallel system that tries to operate completely outside of the framework of the rule of law, in the interests of expediency and not justice.

“It is time government sat down, breathed deeply, and asked the most important question: ‘How do we reduce road deaths?’” Dembovsky said. “Chasing revenue by enacting unconstitutional laws and abusing the provisions of others is not the answer. If government genuinely wants to implement a points-demerit system, then one can easily be incorporated into the National Road Traffic Act without the need to run roughshod over the constitutional rights of people,” he concluded.

He believes that he has an exceptionally strong case and “looks forward to arguing it before the court”.

This media release is also available online at https://www.jp-sa.org/aarto-to-face-constitutional-challenge/