While we like and respect the work many examining officers do, there are always those who behave in a way which indicates that they enjoy the power they have over people’s lives. A learner driver is naturally very tense the day they do their driving licence test. Some examiners take advantage of that, by behaving in a way which is disappointing. They do not care to treat a new driver fairly, such as in this reported case from a member:

Instructions from examiners while driving:

After several incidents that, according to some of my students, as far as they were concerned, were too late to make a safe, controlled manoeuvre either to turn right or left, or change lanes, by certain examiners during their tests, I implemented the ‘route-planning-strategy’.

A safety conscious driver would always plan their next action ahead of time as the foremost key to correct technique.

Route planning is a key component of K53 defensive driving, without which, the driver has severely limited options should a situation arise.

My students are thus now instructed by me to ask the examiner ‘where-to-next’ to enable them to plan a safe execution of what is to be expected of a ‘good’ driver.

Today an examiner told my student to “stop asking him questions and to just concentrate on the road ahead. He would tell her where to turn.”

Frankly, this I find unacceptable.

As a very experience driver myself, I would never drive a route given to me by a person navigating us without being able to gain information from the person to enable me to make safe and correct decisions ahead of time.

Being told blindly left, right, right left gives the driver no time to plan and execute that plan, or make a second or third option should emergencies arise.

By no means am I implying that the examiner is targeting my students, I am merely stating the facts as to obtain clarity in what is the correct and safe way for a driver to perform their actions.

I would greatly appreciate your professional opinion in this regard.

We ask examiners to be fair to our learner drivers. Test them strictly please, but fairly. Please give clear and concise instructions in good time to allow them time to plan their route.

Here is another amazing report of poor testing techniques. Instead of increasing the test route, the examiner unbelievably demands that the learner drivers should drive at unsafe slow speed to extend his too short test route to the minimum time limit, which, by the way he apparently does not apply correctly to the 20 minutes and 59 seconds.

RE: Instructions from examiners regarding ‘time use on a test’.

Yesterday I had an incident that puzzles me greatly. An examiner told me that my student finished the driving part of the test ‘way too fast,’ and thus should actually fail his test.

He then proceeded to ask me at what speed a student should be driving on the open stretch of the road from our test station to town. I replied I advise my students to travel a relaxed 50 to 55 km per hour. Not too fast as to get too close to the speed limit potentially exceeding it, and not too slow as to back up traffic entering town, which could lead to accidents by irritated drivers behind me trying to overtake on this stretch of road.

The examiner was not impressed and ‘corrected’ me by ‘advising’ me to teach students to drive 40 km per hour and slow down severely in town as to make up time to complete his set out route in the given 20 minutes.

He told me that my student should gain an extra 120 points against him for doing the test in the time he did.

I asked the examiner if my student at any time exceeded the speed limit? He replied no. I asked the student the same question and got the same reply. The student added he stuck to the instructions as given by me and added that to his recollection never exceeded around 30 to 40 in the town area.

I then asked the examiner if he thought it wise to instruct me to teach new drivers to drive so slowly that they potentially could cause road-rage from drivers backing up behind my students? He did not seem pleased by my question.

I asked him if the route he chose for the student could be extended to allow for his requested 20 min? I was told that he is helping me by advising me to edit my way of teaching.

I welcome any advice that would make better drivers out of my students and a better instructor out of myself. I by no means claim to know everything or nearly enough. Regarding years of experience in driving instruction I am still wet behind the ears compared to this examiner and thus by no means am trying to upstage him. I crave knowledge to ensure that we end up with safer and more safety aware drivers on our roads.

But seriously, am I to be expected to teach ‘tricks’ to pass a test or produce ‘good’ sensible defensive drivers?

My student was marked very strictly (which I welcome) but passed at the end by the examiner.

I am confused – A month ago I was approached by the Thabazimbi Chamber of Commerce who enquired from me what could be done regarding the driving schools that are backing up traffic in town, as it disrupts business and could lead to accidents as backed up vehicles frequently overtake illegally in rage disrupting on coming traffic.

I now think I understand why the other driving schools are teaching their students to crawl and take forever at stop signs.

I cannot, and will not do this. I would sooner stop teaching than teaching students to potentially cause accidents.

In December 2012 when I started teaching, a fellow driving school operator kindly advised me to keep a low profile and not ever say a word if I feel things are not as they should be. He said that it’s best not to attract attention around here. Being a small town I can understand how voicing my opinions could potentially harm my business.

I, under no circumstances, wish to wage war with any person. I am a peace- loving, law abiding rule follower, who would like nothing else than getting on with everyone. I just do not know how to handle the events that I find ‘possibly’ incorrect without upsetting a few egos. I have no intent or wish to cause upset to anyone. My greatest concern is that we in this town might be training students to perform tricks and not to drive safe and correctly?

This has led to a uniform disregard for road safety and regulations by the public who end up overtaking driving school vehicles at inappropriate times whiles hooting and swearing.

I would greatly appreciate your professional opinion in this regard. 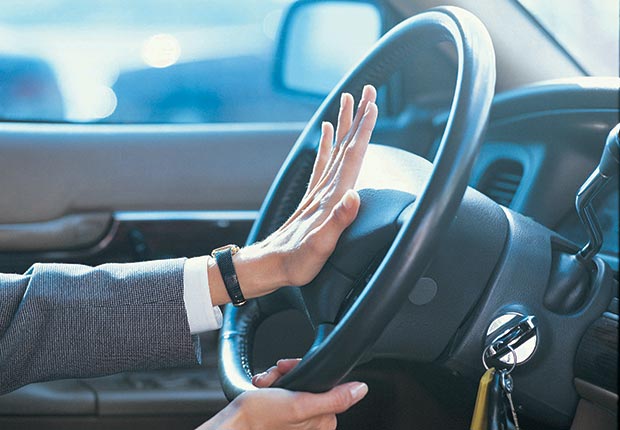 Should we as driving instructors be forced by examining officers to produce slow drivers who hold the traffic up, or should those examiners be corrected? We think the answer is very, very clear. Why should driving instructors lives be made miserable by examiners threatening to fail their students when they were correctly taught and applying what they were taught? This is yet another example of a small man in a job where he can and does wield power over those who have no recourse. That is what we aim to change here!

Here is another report by a very distressed and absolutely furious member who is in fact in a position to know the correct application of the law, since he was previously a Public Prosecutor. See his webpage: SAIDI Members, Pretoria, Lewis Richard John Lennox. It is hardly surprising that he is so angry! His pupil was unfairly failed while performing a “Turn in the Road” more commonly known as a “Three Point Turn” at Temba DLTC, because his vehicle was across the centre of the road during the course of the action! No small wonder that he is furious. It is impossible NOT to be over the middle of the road during this manoeuvre. No examiner in their right mind would fail a person for this. The length of the vehicle means it will go over the middle of the road as they complete the first turn to the right, before reversing, then going forward.

It is this type of ridiculous failure that makes our blood boil!

This is not a game, where examiners can play with people’s futures. The public have done everything by the book, legally and correctly. They have paid for a course of driving lessons, and practiced for hours to perfect their driving skills. No examining officer has the right to look for reasons to fail people as was seen at Centurion one day.

A pupils was busy performing the “Turn in the Road” during her driving licence test. The examiner called out to her as she was starting to go forward for the third and last movement. The pupil stopped the car and asked what she had said. The examiner promptly failed her for not finishing on the left side of the road!

That is just mean and spiteful and nothing else. That young woman had a desperate need for a driving licence, and in all likelihood, still does not have one several years later. She was trying to get a licence to find work to provide for herself and her baby. It was a truly hateful thing to do!